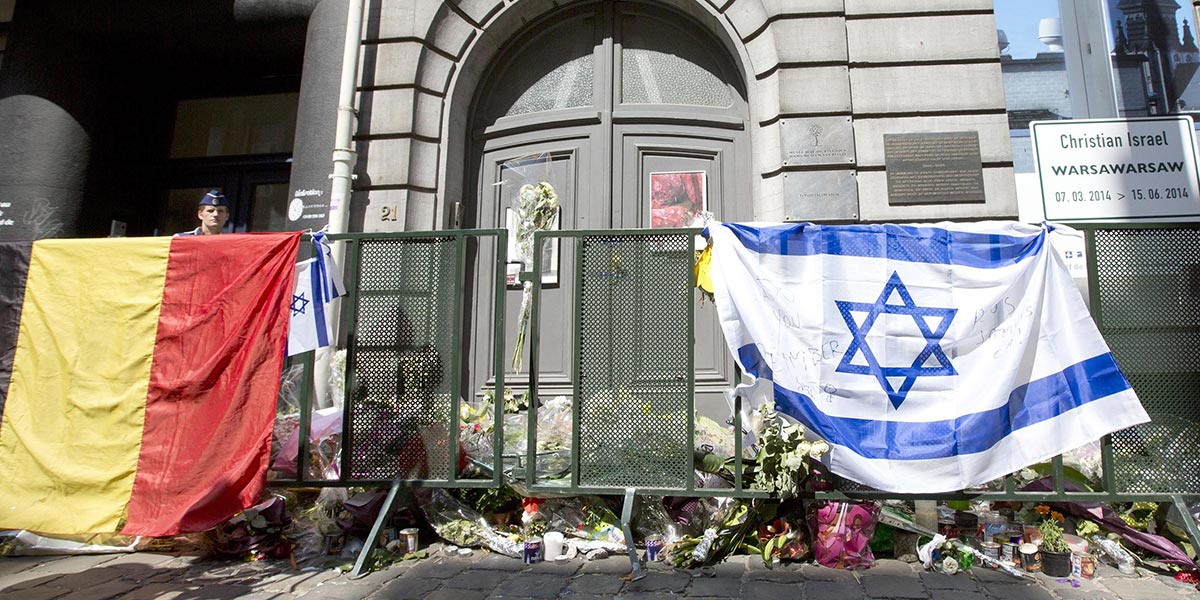 On May 24th, 2014 the Jewish community of Brussels faced a crisis situation after the tragic attack at the city’s Jewish Museum. The lone attacker entered the museum on Saturday, May 24th at around 15.45 holding a gun. At the entrance to the building, he immediately shot two people, later identified as Israeli tourists, who were visiting Brussels. The attacker continued to the museum’s reception area, where he began started shooting at a young employee of the museum who tried to close the door in order to protect himself. The attacker then placed his bag on the floor, took out a rifle and opened fire. When another volunteer heard the noise, she came to check what was going on and was also shot dead. In just a few seconds, there were therefore three victims dead at the site and one young man seriously wounded, who later died in hospital.

In a similar case to the Toulouse attack, the attacker left the place unrecognized.

While a terrorist was on the loose, the security of the Jewish community was at stake. Several activities involving hundreds of participants were taking place in Brussels. The first challenge had been to reinforce the security measures to mitigate the risk of another attack towards the Community. The second challenge has surely been to avoid any global panic among the participants, and more generally among the community.

The crisis website was launched on www.sacc.eu server, with communal leaders utilising an emergency blog for updating community members with news and instructions from the crisis centre. Media phone lines were also established, and the crisis team succeeded in establishing close and professional connection with the crisis cell of Belgium’s Interior Ministry.

With the community in a state of shock, it was necessary to work in a sensitive way with all sections of the community in order to maintain some semblance of continuing with daily lives. All heads of Jewish community organizations were informed immediately and within 24 hours, a large meeting with all the representatives was set up in order to clarify facts on the ground, dispel false rumours, set instructions and explain all necessary security measures.

Dedicated psychological support was also provided to members of the community, in particular to teachers and children. The Crisis Management Team in Brussels received assistance from the SACC by EJC in different tasks during all the period it was active, while coordination with other Jewish communities and organizations was set up through SACC.

The Crisis Management Team has continued to work at some level even a few months after the attack, as there had been issues which were requiring its intervention. The lessons learned from the handling of this terrible experience has been recorded and used as the basis for to prepare for any such future occurrence.