Brussels Attack at the Jewish Museum29 April 2017Next 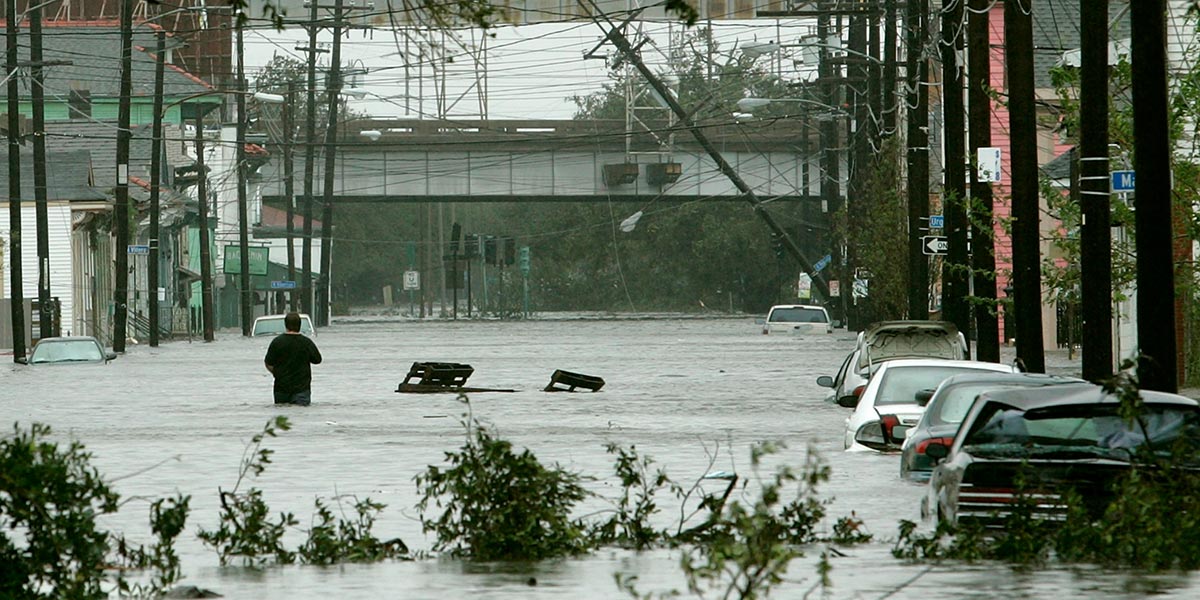 Hurricane Katrina crashed into the low lying city of New Orleans and the surrounding Mississippi Delta region on August 29, 2005, destroying its fragile levee system and washing away thousands of homes and lives in its wake. It was the most devastating natural storm in the history of the United States— a powerful force that brought the city of New Orleans to its knees, crippling its infrastructure for more than a year and forever changing the lives of its people. The New Orleans Jewish community experienced Katrina much like everyone else.They lost homes, were injured struggling to survive and many were displaced and separated from their loved ones and neighbors for many weeks and months. Everyone has a wrenching story to tell and all agree that New Orleanians will forever remember Katrina as a life-altering event. How the Jewish Federation of New Orleans was Impacted and recovered from a Major Disaster Michael J. Weil Executive Director, Jewish Federation of Greater New Orleans The Jewish population of New Orleans numbered 9500 in 2009 with nine synagogues, ten agencies and an extensive communal physical and organizational infrastructure. In August 2011, the New Orleans Jewish community was not adequately prepared for Hurricane Katrina. The community evacuated on Saturday two days before the Hurricane made landfall. Neither the Jewish community in general nor the Jewish Federation as community convener made special preparations. However, immediately after the Hurricane and the subsequent ma- made flooding, levee failures and devastation, the Jewish Federation sprang into action. Traditional means of communications failed. Cell phones did not work except for limited texting, email accounts were down and most organizations had their back up servers stored locally. The first important assistance was a virtual database set up to enable people to find their families, neighbors and friends.

One synagogue building, Beth Israel, was completely devastated but 80% of all structures in the city sustained some physical damage including most area synagogues and the Jewish Community Campus in the suburb of Metairie. People were only able to return to the city after three months or more. The Jewish Day School was closed for a whole year and most institutions and synagogues began events some months later. The Emergency Committee of the United Jewish Communities (UJC, now called JFNA) also immediately kicked in and sent a fact-finding team. As a result, and since ATMs were not working, a $700 cash advance, no questions asked, was made available to all members of the Jewish community. A needs assessment was carried out and UJC ran a national campaign that raised $28 million. Half of this was made available to support the 19 synagogues and agencies in New Orleans over a 24 month period. In practice, that amount was paid over 40 months and allowed all the institutions to get back on their feet and begin normal operations. It can be said that the Jewish Federation acted as a lighthouse in the dark and was crucial in its response and helping people cope with the disaster. Similarly, the financial aid provided by UJC as the national umbrella organization was critical to allow the community to recover effectively over time. At the beginning of 2006, the population was down to 6000 and slowly began trickling upward. A special financial package was created to encourage people to return and to ease the transition with moving grants and housing rebuild loans. In parallel, the Jewish Federation began a strategic planning process for renewal and rebuilding involving some 250 participants representing all sectors of the community. The process took nine months and included a community wide planning happening marathon day. The flagship of the new Strategic Plan was the Newcomers Program designed to attract people to move to New Orleans. With financial incentives, free memberships to area synagogues and the Jewish Community Center, and welcome parties, Jewish Federation embraced newcomers. To date some 1700 newcomers have moved to New Orleans of which a third took advantage of the package. By large, most of the newcomers are young professionals and committed to Tikkun olam and rebuilding the city. The community understood that rebuilding is a marathon and not a sprint and full recovery can take a minimum of five years. With returning community members and strengthened by the wave of newcomers, the Jewish community has almost recouped its lost population and continues to grow. The community is now revitalized and thriving. The community has also become a center of Jewish experimentation with new institutions and programs such as Moishe House, Avoda and LimmudFest. The rebuilding strategy was accompanied by an aggressive public relations, rebranding and media campaign that highlighted the good news and created an optimistic atmosphere – most essential for post-disaster recovery. Jewish Federation has put in place detailed hurricane and disaster preparation procedures. These include off-site back-ups, out of town cell phones, emergency call in numbers, Torah scroll storage, 72 hour campus close down, evacuation site and temporary Federation offices in other cities. The procedures are drilled annually at the outset of the hurricane season. In 2008, the city evacuated at the time of Hurricane Gustav. While the damage was limited, the evacuation enabled the community to update the disaster preparation plan. Indeed drilling and debriefing are essential parts of crisis preparation. The Jewish community of New Orleans is today in a good place. Transformed, rejuvenated, robust, thriving and growing. It is also better prepared to respond and recover from a disaster. It also stands prepared to help all Jewish communities around the world to prepare and respond.