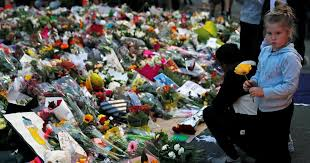 The Christchurch massacre on March 15, 2019 was a double shooting attack at the Al-Nur Mosque and the Lynnwood Islamic Center in Christchurch, New Zealand.

The shooting began at 13:40, during the Friday prayers, and took the lives of 50 people. At least 47 more were injured.

The shooter is Brenton Harrison Tarrant, 28-years-old Australian citizen. Prior to the massacre Trent published a 73-page manifesto filled with anti-immigrant, anti-Muslim ideas. He was arrested 21 minutes after the first emergency call.

New Zealand, thought of as among the most peaceful places in the world, never experienced such a brutal terrorist attack against the Muslim community. As a result, until that day a Crisis Management Teams (CMT) was never established nor trained within the Muslim community.

Therefore, the main challenge facing the Muslim community immediately after the shooting was over, was a rapid establishment of a body that would learn along the way how to coordinate the management of the crisis by all aspects.

Following the incident, the NZ Police took responsibility for coordinating efforts both on the ground in Christchurch and nation-wide. FIANZ (The Federation of Islamic Associations of New Zealand – the national umbrella organization that represents the Muslim community in New Zealand) was requested by the NZ Police to be part of the National Response.

FIANZ Christchurch Response Team was formed, led by FIANZ president. it’s scope of work in response to the crisis was first to assist NZ Police in liaising with local communities and providing national guidance in relation to the safety and well-being of the community as a whole. Another important task was to assess the national resources that would be required to provide immediate support to the local community especially at the aspect of the unprecedented funerary requirements. A community center was established to act as a base for the local community.

FIANZ also met a number of visiting leaders and scholars including representatives from overseas. It liaised with several local and national faith organisations and inter-faith organization who responded to the incident with support offers of assistance, vigils and visits.

FIANZ coordinated with the police and local agencies to ensure the fastest possible re-opening of the two mosques where the attacks happened and ensured that all possible repair work had been undertaken so as to the minimise the trauma of re-entry to the survivors and it also opened a special account for the donation for the victims and their families.

Several significant achievements can be discerned at the national and international level, such as the approval of new gun laws less than a month after the attack or the lawsuit that was filed by the French Council of the Muslim Faith against Facebook and YouTube over the videos of the attack and the increasing calls from European governments for greater regulation of social media providers. The most significant achievement though was the understanding that a dedicated Crisis Management Team within the Muslim community is needed in events of this kind, and its actual creation will improve the preparedness and the ability to react quickly in future events. Another significant insight is the aspect of the public security awareness in case of an active shooter. Awareness and correct response can change the outcome and save lives.