Protect your community seminar28 April 2017Next 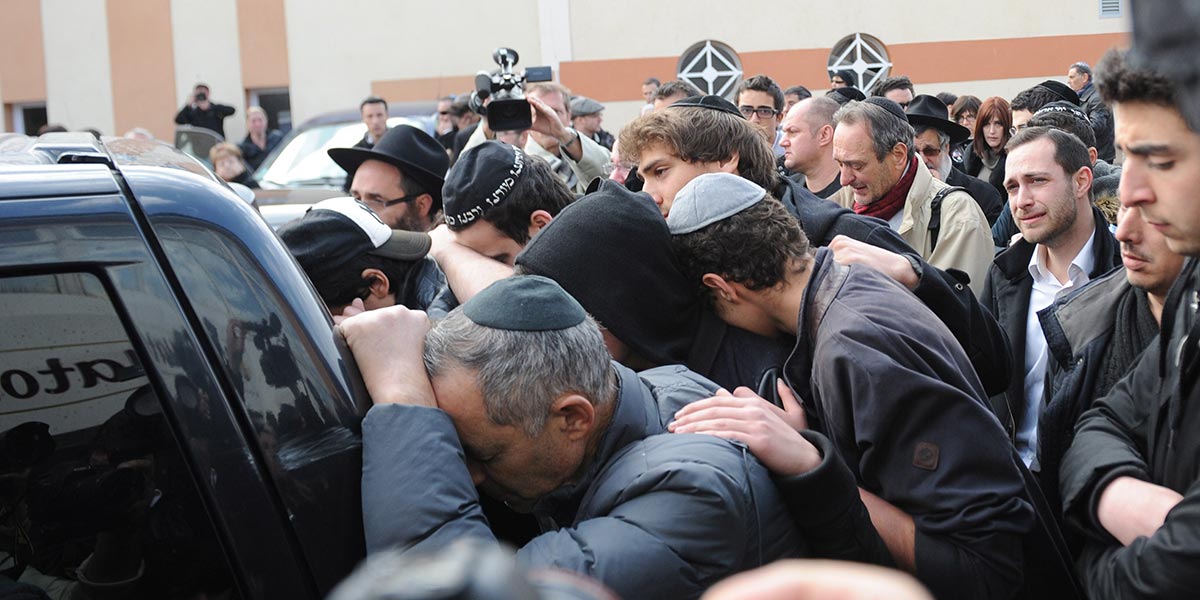 In March 2012, the French Jewish community faced one of its worst crises in modern history.

A French Islamist took part in a killing spree, murdering seven people and seriously injuring another person. After killing three French Muslim soldiers, the terrorist came on a motorcycle to the Jewish boarding school in Toulouse, in the south of France, where he opened fire. The attacker arrived at the school around 8 o’clock, when all the young students, parents and school staff were about to start their day. The terrorist firstly killed a teacher with his two small sons who were entering the school. Afterwards, he entered the schoolyard and killed a young girl, the daughter of the school director, and injured one of the school’s teenage students. He then mounted his motorcycle and fled the scene.

The Jewish community in France as well as all over the world was shocked and terrified by this attack. But it was still urgent to take control of the situation and to put into action the necessary measures. The attacker was on the loose, representing a major threat. The shockwave had been huge, surely as young children were assassinated point blank.

The Jewish community set up a meeting of its National Crisis Team in Paris immediately after the attack. The head of the Crisis Management Team in Toulouse was contacted and the following steps were decided. Firstly, the security of all Jewish facilities around the country was ensured. Moreover, the Crisis Management Team in Toulouse, including psychologists, doctors, social workers, religious workers, security staff, communication workers and representatives of other community facilities began to meet regularly twice a day and to make decisions necessary to go through this crisis situation.

Psychologists and psychiatrists started to support the family members of the victims and the wounded. They also worked with students at the school who were seriously affected seriously by the attack. This psychological support had to be provided not only in Toulouse but all around the country, since Otzar haTora is a boarding school and most of the students returned to their home cities after the attack.

Local community doctors were engaged to provide support to the victims who were subsequently transferred to hospitals. The doctors were also responsible for communication with the hospitals regarding the treatment of  the community members.

Communication in general was a key element of the crisis management after the attack in Toulouse. As rumors about the incident began to spread among community members, a sort of mass hysteria encompassed the community. It was therefore necessary to calm the situation. Text messages and emails clarifying the situation were sent around the community while communication with external media was also organized accordingly to the situation.

Subsequent to this horrific attack in Toulouse, the European Jewish Congress, under the initiative of its President Dr Moshe Kantor, decides to create the SACC.