Antisemitism in Europe: The Situation is Getting Worse Every Day 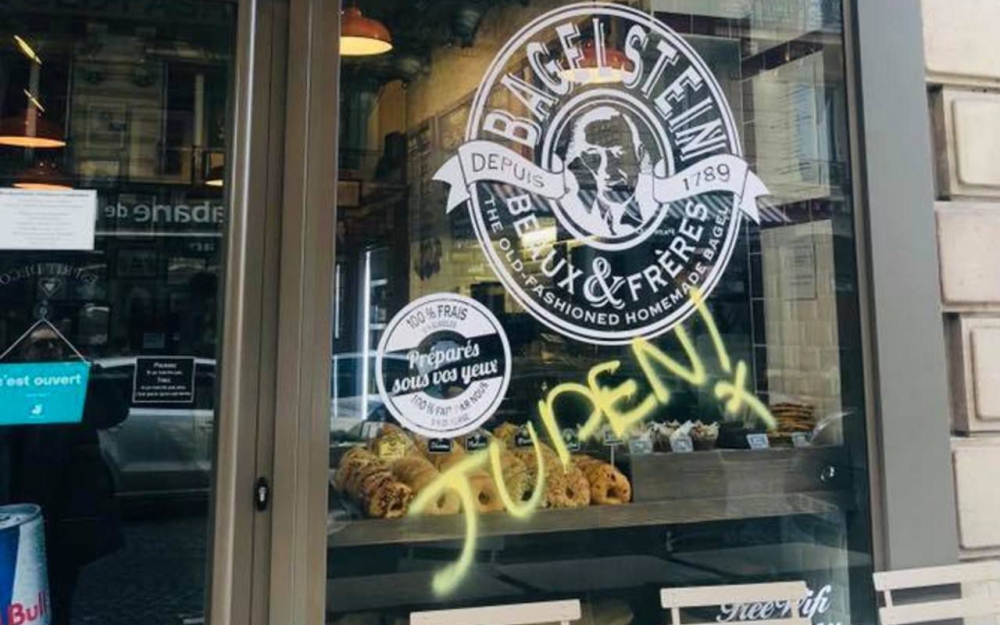 In the last few weeks Europe has faced a severe wave of anti-Semitic incidents.

In Spain: Swastikas and antisemitic graffiti were found on Monday morning in Madrid, next to the house of a Jewish couple. The police opened an investigation. Three months ago, vandals sprayed antisemitic and anti-Israeli slogans, along with swastikas, in front of the house of Angel Mas, a senior activist in the Jewish community in Spain and chairman of a Jewish organization active in the BDS movement in the country. “If my messages arouse such resistance and anger, I probably convey our important messages and do something right” he said.

In France: swastikas were also painted outside the houses of Jews. One of them, Olivier Feldman, said, in an interview: “It’s a hard feeling, but my life is here.” He added: “I am afraid for my wife, for my children and for myself, I look at people differently, every day I wonder if it will happen again.“He made it clear that despite the growing anti-Semitism on the continent, he was not considering immigrating to Israel. “My life is here, I work in France, my friends are in France, my family is in France, it’s a dream [to immigrate to Israel], but my life is here.” The use of neo-Nazi symbols has become common lately, in light of the radicalization in the political arena. Radical groups from all ends of the political spectrum use these symbols as part of the struggle between them. The neo-Nazi extreme right uses these symbols to emphasize his identity and positions, the extreme left spraying the Nazi symbols in order to discredit his opponents. However, deliberately spraying neo-Nazi symbols in a neighborhood where several Jews live is very rare in Spain.The Madrid police has launched an investigation into the cases, which is being handled by the Jewish community’s security organization and by the Madrid municipality, which has taken care to remove the slogans.  The Israeli embassy in Madrid transferred the pictures to several organizations that monitor and combat anti-Semitism and published the pictures on social networks. The embassy added: “It is sad to see that anti-Semitism still exists in Spain.”

In Greece: antisemitic graffiti were spray-painted In Athens, in the yard of a Jewish school. Among other things it was written: “Jews are prostitutes.”

In the last few weeks Europe has faced a wave of anti-Semitic incidents. Among other things, swastikas were sprayed on mailboxes bearing the picture of the Jewish-French Holocaust survivor Simone veil, who was a minister in the French government and president of the European Parliament.In Paris, the word “Juden” was written on the window of the entrance to a store. In another incident, the French-Jewish philosopher Alain Finkielkraut was attacked with anti-Semitic slogans when he came across a demonstration of the “yellow vest” in central Paris. The authorities reported that 80 graves were desecrated in a Jewish cemetery near Strasbourg, in the eastern part of the country.In addition, unrecognized people destroyed the memorial site for Ilan Halimi, the young Jew who was tortured to death in 2006 with an anti-Semitic attack that shocked France. Last Thursday antisemitic graffiti were spray-painted on the facades of houses and street furniture in the 14th arrondissement of Paris. An official source at the Paris municipality said that a dozen antisemitic graffiti were sprayed on several streets in the south of the French capital.

“Dirty Jew”, “Out” and an upside-down swastika were spray-painted on the wooden door of one of the buildings. Similar graffities were also found on a public toilets, on a bench at a bus stop, and on the facade of another building. Following the anti-Semitic incidents in France, a large rally took place a week ago, attended by tens of thousands of people in Paris. The demonstration was attended by Prime Minister Edouard Philippe and former presidents François Hollande and Nicolas Sarkozy. Prior to the rally Mr. Phillip said that “anti-Semitism is deeply rooted in French society”.