Children of the Caliphate: Young IS Returnees and the Reintegration Challenge28 August 2017

What Happens When ISIS Becomes an Online Caliphate? 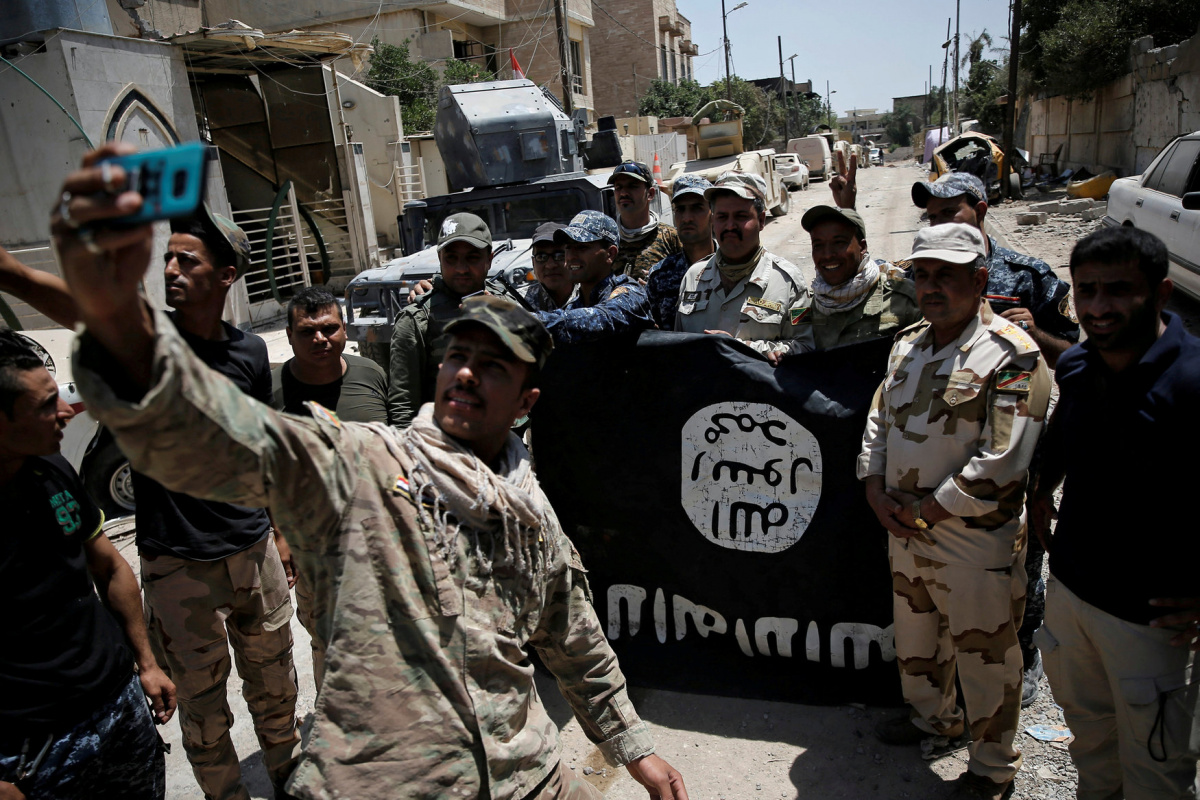 No longer merely against the ropes, the Islamic State is on the canvas. After months of bloody urban warfare, the Islamic State’s uprooting from Mosul represents the latest and most significant blow in an eighteen-month period of disastrous losses. It seems like only a matter of time before the Islamic State loses its already tenuous grip on the Syrian capital of Raqqa. Yet we have been here before. A decade ago, an earlier iteration of the group had appeared decimated by the efforts of coalition forces and the Sunni Awakening. The difference today is that while the Islamic State is indisputably weaker compared to its 2014–15 boom, it is indisputably stronger than after its 2007–08 bust.

Something else that is indisputable: the Islamic State will deploy its propaganda machine to the front lines of an epic battle for survival and relevance until, once again, the foundations for another resurgence are set and it is ready to ascend the politico-military phases of its campaign strategy. Craig Whiteside and Daniel Milton have clearly shown that loss does not diminish the importance of propaganda in Islamic State’s strategic calculations but accentuates it. Put simply, devising effective ways to combat Islamic State propaganda will be as important as ever.

Recent events in Mosul gifts government, private and civil-society actors with opportunities to strike decisive blows to Islamic State’s propaganda machine. However, precedence shows that certain responses may inadvertently help to shut this narrow window of opportunity. Letting actions and facts “speak for themselves” will create vacuums in the information theater that a battered Islamic State will rush to fill with its propaganda. Equally, seeing strategic communications as a panacea guarantees the types of “say-do” gaps that Islamic State’s propagandists relish exploiting. Yet an overly cautious approach that waits for a perfect strategic-communications strategy to develop on paper will prevent the expedited implementation of an adequate one. Trial and error will not suffice either.

Fortunately, an enormous corpus of multidisciplinary research and cross-sector institutional knowledge exists that can inform strategic-communication efforts. This principle has driven the work of researchers at the International Centre for Counter-Terrorism (ICCT) in the Hague—including JM Berger,Colin Clarke, Alastair Reed, Craig Whiteside and Charlie Winter. Those researchers have sought to identify trends in violent-extremist propaganda and, upon that basis, develop more effective approaches to CT-CVE strategic communications. For example, a recently published strategic framework for CT-CVE strategic communications—the linkage-based approach—draws on five bodies of research:

The latter was particularly important given the raison d’être of the strategic framework is to undermine the strengths and exploit the weaknesses of violent-extremist propaganda. After all, violent-extremist propaganda seeks to shape the perceptions and polarize the support of its audiences. It achieves this by generating self-reinforcing and compounding cycles of logic via the “linkages” its messages draw between carefully selected strategic factors (e.g. Islamic State’s actions) and psychosocial dynamics (e.g. identity, solution and crisis constructs) using a mix of pragmatic- and identity-choice appeals (illustrated here). Ultimately, the Islamic State uses propaganda to provide audiences with a competitive system of meaning (i.e. a lens through which to perceive the world) that is designed to drag supporters deeper into its propaganda web.

The linkage-based approach focuses on the design and deployment of messages that attack the linkages at the heart of violent-extremist propaganda via two mutually reinforcing lines of effort. Tier 1 messages seek to dissolve the violent-extremist “system of meaning” by attacking those aforementioned linkages and offering alternative narratives. The primary audiences for Tier 1 messaging ranges from those already against violent extremists to those who may be susceptible to their propaganda. Tier 2 messaging targets those who may tacitly or actively support violent extremists with a fusion of network-disruption actions and disengagement messaging. The strategy’s message design matrix offers practitioners a toolkit of interlinked pragmatic- and identity-choice—as well as offensive and defensive—messaging themes. The resulting strategic framework is comprehensive and flexible with potential applications as a guide for building a strategic-communication plan from scratch or enhancing ongoing plans. It also offers practitioners a means to measure the comprehensiveness of a communication campaign’s messaging output and medium utility.

The research that underpins this strategy challenges several leading trends in the field of thinking and practice. First, the linkage-based approach offers an alternative to ideology-centric strategies that, despite dominating the field,research suggests are rarely effective and potentially counterproductive. Second, the research underpinning the strategy indicates that prioritizing counter-narratives (i.e. defensive messaging deployed in response to adversary messages) is misguided. Historical analysis demonstrates that ascendancy in the information theater follows when offensive messaging (i.e. messaging designed to elicit a response from adversaries) outweighs defensive messaging across a campaign.

Third, the notion that effective messages must tell a story is debatable. A communication campaign that tells compelling stories requires audiences to engage in deliberative thinking that is cognitively taxing. Empirical researchshows that the cognitive abilities of humans under stress is significantly diminished and this stunted ability to trigger deliberative-thinking results in a greater reliance on automatic thinking and increased susceptibility to cognitive biases. Given that perceived crisis arguably defines the psychosocial condition of those susceptible to violent-extremist propaganda, a campaign dominated by messaging that is persuasive, simple, positive and short is far more likely to resonate.

Finally, local communities are the key to eroding Islamic State efforts to set the foundations for a future resurgence. Empowering civil society with the strategic literacy to out-compete their violent-extremist adversaries in the information theater is just as—if not more—important as resources. Put simply, locals need to be given the tools to effectively communicate with their own communities. Mistakes will be made, messages may miss the mark and opportunities lost but, as Confucius says, “better a diamond with a flaw than a pebble without.”

Haroro J. Ingram is a research fellow with the Australian National University and a research associate with the International Centre for Counterterrorism (ICCT—The Hague). His primary research project, funded by the Australian Research Council, analyzes the role of propaganda in the strategies of violent non-state political movements.